It Was Hard For Dad To Say “I Love You” 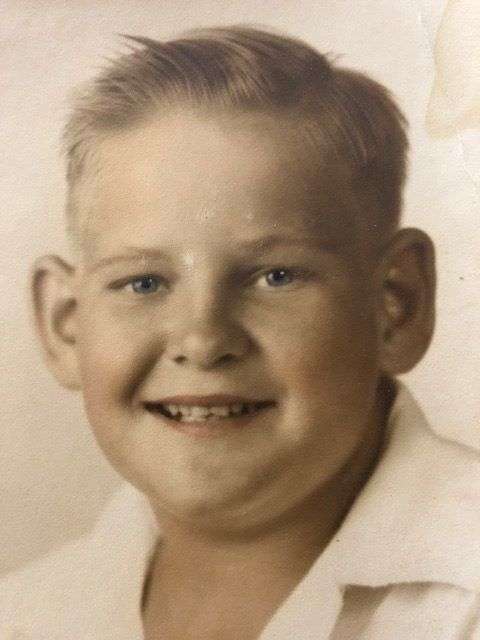 On Father’s Day, I did a tribute to my stepfather, Ron Register. Today is in memory of my birth father, Raymond Lawrence Duby.

Ray, as commonly known by his family, was born on August 11, 1931, and died on November 26, 1990. He was the son of the late William and Dorothy Duby. Dad was one of four kids, three brothers and one sister. I never met my grandmother, Uncle Bill or Aunt Dorothy. They all passed within a few years of each other, right before and after I was born. I heard my dad loved his momma tremendously. He and his father weren’t the best of friends; word has it, he was kicked out at 16. I don’t recall spending much time with grandpa while he was alive. 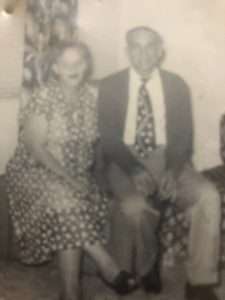 There are things about my dad I will never forget.

Dad loved to hunt deer. He would drive from Miami, Florida, to Lovell, Michigan, to hunt with his relatives. He also loved to fish and go shrimping. The magazine cover was a creative and fun way to remember his hobbies.

He also loved to bowl. Bowling was his favorite local pastime. He went bald early, so he wore a handsome toupe on his head for special occasions.

Construction was his trade; a lather is what I remember. People often ask me if I got my woodworking skills from my dad, and the answer is no. He never taught me anything about construction. We did mow lawns together for extra money. Unfortunately for dad, he had a significant construction accident and became disabled when I was a young teen. He became the cook, and mom became the money maker.

One of my favorite things was Dad’s homemade bread. The old gray panel van was his bread riser. Dad rolled the dough into bread pans and put it inside the old gray van to rise. With Miami heat, it didn’t take long. Dad’s bread was the best homemade bread when you covered a warm slice with peanut butter and apricot jelly.

Things weren’t always glorious around the house; I guess that’s where my memories differ from my mom and brothers. I stayed gone a lot with friends or neighbor kids on our street. I tried to be a good girl growing up but still have fun. I missed a lot of the drama inside the home.

Dad had a temper, and I imagine several things instigated his temper, going back to the relationship with his father, through his first failed marriage, the death of his namesake son Raymond Jr., and six more kids. When I came along, I was number five of seven, the oldest of my mom’s three children.

One of my all-time favorite memories now is when he and I got into a huge fight. I was either 16 or 17 at the time. One night, I came home past my curfew. I knew I would be in trouble but walked in the door anyway, hoping everyone was asleep. Back then, we lived in a 2/2 townhome in West Palm Beach. My brothers and I slept upstairs, my mom slept downstairs on the couch, and dad slept on the floor. Dad slept on the floor for years.

Back then, we didn’t lock doors. I slid the kitchen sliding door open slowly, not wanting to wake the bears in the next room. But to my surprise, as I stepped into the kitchen, there was a small round orange glow in the black of night, about four feet off the floor. It was the crown of my dad’s cigarette. I turned up the dimmer light a little bit, and there he was, sitting at the dining room table, shirtless, elbow on the table with a cig between his fingers. He had been up waiting for me to come home. Dad didn’t speak to me, but I knew I was in trouble by the look.

We ended up in a big fight the next day, and he took my car keys away. He forgot that I had hidden a spare set underneath the front bumper for emergencies per his advice. As he chased me out the front door, I reached under the bumper and grabbed my extra set of keys, and drove away. I stayed gone for a few days to let things simmer down.

I remember him taking me to my volleyball games, driving old Cadillacs that seemed to disappear randomly, and all the trips we took on the long highways. It never failed that dad would have to go big potty. The whole car knew when the urge hit because he drove faster than the speed limit, which was 55, and mom would yell at him to slow down. Dad would yell back that he was going to, well, you can guess, in his pants if he didn’t make it to a bathroom. Dad stunk up more gas station bathrooms on the turnpike than any guy I know. We would have made great time to our destinations if we didn’t kill 20 to 30 minutes in the johns along the way.

I remember all the times Dad would blame elephants in the room for his gaseous output and all the times he stunk up the downstairs bathroom. That man didn’t eat right.

On August 20, 1990, dad had his leg amputated just below the knee due to a sore on his foot. He had diabetes, but that did not stop him from eating Vienna fingers and other cookies he hid around the house from us kids. Dad had already been on dialysis for failing kidneys. The leg amputation was brutal on him, mom, and the rest of us. He would only last until the end of November. He used to say he could still feel his toes and ankle.

It’s hard to say I love you.

Last week I watched an interview between Reba McEntire and Bill Gather, both of whom I love listening to their singing. Bill asked Reba if her dad also found it hard to say I love you. Reba told a story about a time when her dad was in the hospital, and she was getting ready to jump on a bus headed to her next concert.

“Daddy, they tell me everything is going to be fine. I have to go now, but I love you,” she said.

“I love you too, sweetheart,” he replied.

She and her family looked at him and then at each other, and they all said, “Oh, it’s the drugs.”

Reba said her father never said those words much, but she knew he loved her, and she was good with that.

She sings a song titled, The Greatest Man I Never Knew, and every time I hear that song, I tear up thinking of my dad.

“The greatest man I never knew lived just down the hall. And every day, we said hello, but never touched at all. He was in his paper; I was in my room.

How was I to know he thought I hung the moon?”

Dad never said those words to me either, but I knew.

It wasn’t until a few years before his death, when I was 20, that I heard them for the first time in my young memory. It was uncomfortable for both of us, but we managed to say them again and again in those last two years of his life, and I was glad. We grew in our relationship in those last two years before he passed. While we didn’t express those words to each other while I was growing up, I knew dad loved me by everything he used to do for me.

Many of us born back then had fathers who didn’t know how to express those emotions, but we knew they cared.

When I look at dad’s ancestry, I see dysfunction and a breakdown of lessons learned. Grandpa didn’t appear to be a very loving man, not to us anyway, having grown up in an orphanage when he was young. His mother had died at a young age, and his dad took him and his two brothers to an orphanage in Saginaw, Michigan. According to my Aunt Chop, they ran away from the orphanage as young boys, around 12. My grandpa wouldn’t have learned much about love as a child. The dysfunction continued through the years with his children, and so did the pain.

We all have things we can say about our dads, some good, some not so good. I believe part of it is how we respond or interact with them. Some people can’t say much about their dads. They either passed on already or passed on the responsibility to someone else.

What I have come to learn after all these years is the greatest Father I have ever known is the Lord God Almighty.

The Lord blessed me with two dads, and I am grateful.

One had a rough exterior, and one did not. One was gentle, and the other not so much. Both taught me life lessons that have helped mold me into who I am today. But in all my conversations with other family and friends throughout the years, one thing rings true of both of them – they were some of the nicest guys you would ever meet.

Love isn’t always expressed in three little words. Sometimes, it is shown in other ways, through acts of service, gifts, or time well spent with another.

Their love for me will always be cherished in my heart, whether spoken or not. They both made the best of difficult situations with what they had been given.

Love is a reflection of our Heavenly Father, who is love. The Bible says, “Love is patient and kind; love does not envy or boast; it is not arrogant or rude. It does not insist on its own way; it is not irritable or resentful; it does not rejoice in wrongdoing but rejoices in truth. Love bears all things, believes all things, hopes all things, endures all things. Love never ends.” 1 Corinthians 13:4-8

In a world dying daily, love is what we need  – the love of the Lord, and to love the Lord, and then our neighbor as ourselves. The Lord is the greatest Father ever; sadly, many do not know this Father. I pray that another person will come to know the Father’s love before it’s too late.

Dad used to hold his wet finger up in the air and explain that we could feel the wind. We can’t see the wind, but we know the wind is blowing. We see tree limbs move; we feel it through our hair. It’s the same with God, dad would say. We can’t see God, but we know he is near.

Thanks, Dad, for loving me and for all you did so I could have everything I needed. 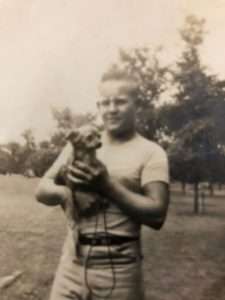 When Dad No Longer Remembers He’s a Dad

Memories Of The Way Eggs Were – Part 5

Memories Of The Way Eggs Were – Part 6 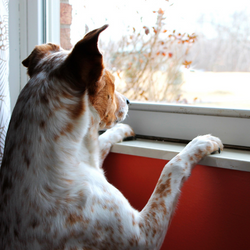