“How are you today? How was your week?”

“Mine was good. It sure has been a crazy time here lately with everything going on hasn’t it?”

“Oh yes. I have never seen some of these things before.”

“I know, can you believe we are seeing this today? The Bible is being played out before our eyes. We have all the sickness, storms, flooding, fires, drought, pestilence, disease, famine, wars, and rumors of wars. Just think about the immigration happening today. Millions are coming to this country.”

“Yes, that sure has been in the news a lot. So many people fighting over people crossing the border.”

“Good morning everyone. Welcome! We’re glad you chose to gather with us today.! Let’s worship.”

She leaned over and said, “You know what? It just hit me. Feed my sheep.”

As I stood there praising the Lord in worship, I couldn’t stop thinking about what she said about the million-plus people who have crossed the border into the United States in the past year.

When church ended, I turned to the sweet woman and said, “I haven’t been able to forget what you said about feeding the sheep.” I went on to share a few thoughts.

Think about this for a moment putting all political agendas aside.

The news says more than a million people have immigrated to the United States in the past year and a half.

What does that mean and have we seen this before?

Of course, we have. We have seen it several times over the last 50 years. But I am asking if we have seen this before, as in the pre-United States era.

Yes. We see this in the book of Genesis and again in Exodus.

The Call of Abram

12 The Lord had said to Abram, “Go from your country, your people, and your father’s household to the land I will show you.

2 “I will make you into a great nation,
and I will bless you;
I will make your name great,
and you will be a blessing.[a]
3 I will bless those who bless you,
and whoever curses you I will curse;
and all peoples on earth
will be blessed through you.”[b]

4 So Abram went, as the Lord had told him; and Lot went with him. Abram was seventy-five years old when he set out from Harran.

5 He took his wife Sarai, his nephew Lot, all the possessions they had accumulated, and the people they had acquired in Harran, and they set out for the land of Canaan, and they arrived there.

6 Abram traveled through the land as far as the site of the great tree of Moreh at Shechem. At that time the Canaanites were in the land. 7 The Lord appeared to Abram and said, “To your offspring[c] I will give this land.” So he built an altar there to the Lord, who had appeared to him.

8 From there he went on toward the hills east of Bethel and pitched his tent, with Bethel on the west and Ai on the east. There he built an altar to the Lord and called on the name of the Lord.

9 Then Abram set out and continued toward the Negev.”

Abraham was obedient to the Lord’s calling. Notice what Scripture says about Abram – he was 75 when he made this trip. Can you imagine walking hundreds of miles at 75 years old to a land God has told you very little about, but instructed you to go to? They didn’t have planes, trains, or automobiles. There were no Ubers or Lyfts. Grab your most comfortable walking apparel and bring your family and everything you own. Wow!

Hebrews 11 says, 8 By faith Abraham, when called to go to a place he would later receive as his inheritance, obeyed and went, even though he did not know where he was going. 9 By faith he made his home in the promised land like a stranger in a foreign country;”

Do we know anyone else who walked hundreds of miles to a foreign land where others lived?

The call of Moses

Exodus 3, “7 The Lord said, “I have indeed seen the misery of my people in Egypt. I have heard them crying out because of their slave drivers, and I am concerned about their suffering. 8 So I have come down to rescue them from the hand of the Egyptians and to bring them up out of that land into a good and spacious land, a land flowing with milk and honey—the home of the Canaanites, Hittites, Amorites, Perizzites, Hivites, and Jebusites. 9 And now the cry of the Israelites has reached me, and I have seen the way the Egyptians are oppressing them. 10 So now, go. I am sending you to Pharaoh to bring my people the Israelites out of Egypt.”

Moses led the people out of Egypt and for the next 40 years, due in large part to their disobedience, they wandered around the desert until they reached the Promised Land. Unfortunately, Moses didn’t get to enter the Promised Land because of a rock.

Back to our current situation

Have you noticed anything unique about these people?

They are foreigners heading to what they consider to be the “Promised Land.” These people aren’t driving cars, taking planes, or trains. We don’t see them riding horses or hay wagons. The images we see all over the news are people walking – walking for miles.

When we see the images of people heading to the border, we see another common thread – they are carrying very little. Many are carrying nothing at all.

These people have left their homeland with little to nothing but clothes on their backs. I have not seen any images of them leaving everything they own behind – furniture, clothing, transportation, pets, gifts, tools, vehicles, bicycles, bedding, food, and on and on. And yet, that’s what appears to be happening. Men, women, boys, and girls of all ages and nationalities have left it all behind to immigrate to the United States.

Many have walked hundreds of miles, with the hope of getting to the United States. Some have sent their children ahead with others because they themselves could not make the trip.”

“It makes you wonder how bad it is that they would leave everything behind, walk hundreds of miles, and confront all kinds of uncertainties to come to this country. The conditions must be horrendous for that many people to pick up and leave, for them to risk it all to come here.”

“Yes and I wonder if our “Promised Land” is more like the Promised Land in Abram and Moses’ time – filled with people who do not believe in God. Are we a land of Canaanites, Hittites, Perizzites, Hivites, Girgashites, Amorites, and Jebusites?”

“And then there are all those who can’t make the trip. I wonder how hard it is for them when they think they may never see their loved ones again.”

“Hmmm, certainly something to think about.”

Arguments on both sides

With millions crossing over into the United States over the years, we have certainly seen a multitude of arguments for and against allowing these people to enter the country. No matter the argument, I can’t help but think about this from a biblical perspective.

Are we to care for and feed these people? Aren’t we supposed to love our neighbor as ourselves? Aren’t we all made in God’s image?

Of course, just like in Moses’ day, there will be those who seek to do harm to others among a crowd of this size. The Bible gives us examples of those situations as well. While we don’t read of fentanyl or other drugs, or human trafficking being issues Moses had to deal with, we do read of other situations that were just as concerning and people lost their lives. As the old saying goes, “There are bad apples in every bunch.”

So, one has to ask – what is happening in those countries, that millions of people are leaving?

The President opened the gates. That’s too easy if you ask me.

We all know what various news sources and government officials tell us, but I don’t believe any of them truly know why all these people are coming to America. There’s only one who knows – God.

What does the future hold? Only God knows.

How many more people will cross the border? Only God knows.

What’s the purpose or motivation? Again, only God knows.

But if you ask me, something awfully big has to be the driver. Millions are making a very long trip on foot with little to nothing to come to a place they believe is the “Promised Land.” In their minds, it’s better than where they came from, anything is better and worth risking their lives.

What are we to do?

I don’t have all the answers. It’s like the doctor who told the patient, “If you could tell us why tinnitus occurs and how to fix it, you would win a Nobel peace prize. In other words, I don’t know.”

When I don’t know what to do, I do nothing – except pray and watch for God to move. The Lord is moving in and around our lives. May we be people who recognize his movement, ask where he is working, and go and join him where he is working.

Our country is in turmoil like we haven’t seen in a very long time, and millions of people have made their way here and continue to come. Everything is coming together at the same time, and that is no coincidence. We as a people need to wake up and look up. What is happening and what should we be doing individually, and collectively to ensure that unlike the Israelites in Moses’ day, we aren’t aimlessly wandering around the desert grumbling and complaining the entire time, failing to recognize the goodness of God?

At the end of the day, God is very aware of everything happening in our nation, and things will continue to progress per his plan.

God is allowing immigration to occur. What spiritual lesson are we to learn from this situation?

Wake Up Church! You’re Sleeping On The Job

Wake Up Church! You’re Sleeping On The Job

When Tinnitus Turns Into Something You Hadn’t Planned 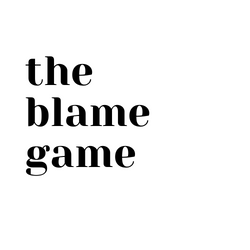