Verse Of The Day – They’re Family

We have been looking at sexual love from the beginning. Our series started with Genesis 1, the creation of man and woman. Today, we look at what the Bible says about incest. This is a very sensitive subject, but it is mentioned in the Bible, and we should review the passages.

God’s word covers just about every family relationship in the passages above.

Recently I heard about a man who lives in New York. This man is trying to marry his daughter. He has asked a judge to declare the law unconstitutional. His name and appearance are anonymous.

I found the following details about the laws in New York regarding incest.

“Under New York law, incest is a third-degree felony and punishable by up to four years in prison. The parent who wants to marry their own child said they want to propose but is worried about causing emotional harm if they do it while the laws are intact. A similar incident was reported a few days ago.”

You would be surprised but then again maybe not, to learn that there are similar situations in other parts of the country. Others have tried to marry their family members. Ons such man from Nebraska married his daughter. He is currently going through court proceedings trying to stay out of jail.

As I mentioned in our look at prostitution, some could argue that the passage from Leviticus is no longer valid because that was under the Old Covenant. We live under the New Covenant in the 21st Century, so incest, strip clubs, and brothels are acceptable today. They are no longer an abomination in the eyes of the Lord.

However, we can’t ignore the very last chapter in the last book of the Bible, Revelation 22, verse 15, where sexual immorality is among the other things listed as a warning. The sexually immoral are standing outside the gate of the city when Jesus returns.

I am sharing what God’s word says about incest.

One has to ask this question – are there not enough people on this round ball to choose from? Do you have to pick from your own family? Surely they aren’t the only choice.

Jesus spoke the words in Revelation 22:12-16, where he offers both an invitation and a warning. If sexual immorality is acceptable to God in the 21st Century, then the warning in Revelation 22 is worthless.

Please consider this – what Jesus says is not worthless, and if it is in the Bible, we should pay attention and act accordingly.

Next time we’re together, we will look at what the Bible has to say about homosexuality.

Covet – Thou shall not covet a car and buy it….

Verse Of The Day - Homosexuality

Verse of The Day - Though We Can't See 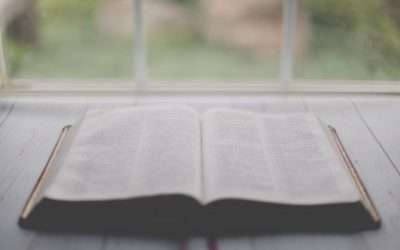