Where Did The Bible Come From? – Part 4 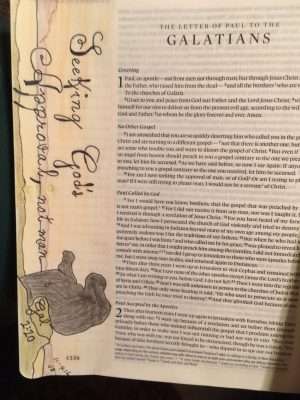 Today, we continue to answer the question that is on many people’s minds – Where did the Bible come from?

Here’s what we have looked at so far

We have looked briefly at three of the four categories to help us answer the question. Let’s take a look at the last category of writings considered during the process of canonization.

“This grouping, though it includes possibly 300 or more writings, focused in on 18 specific ones that, while high in quality, were unanimously recognized as clearly not God’s Word. These books were filled with fanciful, magical kinds of things, such as stories about Jesus when He was a little boy and how He would do tricks for His friends. Everyone agreed that these were creations of people’s imagination rather than messages given supernaturally by God.”

Let’s recap what we learned

There were four categories into which religious writings were placed. The first category was called homolegomena which means “one word” or “agreement.” These books were accepted by everyone. Next up – antilegomena which means that certain books were doubted on the grounds of authorship, but eventually accepted. The third category is called apocryphal which means, “hidden” or “hard to understand.” We discussed number four above.

Summary thought for you to consider

God wrote a book. The Holy Spirit communicated the words. Men wrote them down. The early church pulled the writings together. We call it the Bible.

The question I have for you is this – Do you believe God wrote a book and if so, do you read it? I hope so.

Where did the Bible come from?

I’ve Always Been Nervous On A Horse