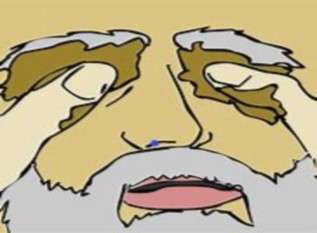 I previously shared some verses from Matthew, Chapter 20 where Jesus heals two blind beggars. I think it’s important enough to review this passage again because there’s another valuable lesson to glean from the text.
Let’s look at verse 31 again. “The crowd rebuked them and told them to be quiet, but they shouted all the louder, “Lord, Son of David, have mercy on us.”

The blind beggars saw who Jesus was and their faith saved them and cured their blindness. As I mentioned the other day, seeing with your eyes doesn’t always guarantee you see with your heart.
Jesus was concerned about what was going on around Him and in Jerusalem, and He demonstrated what He had just told the disciples back in verse 28. Let’s look at the passage together.
Verse 28 says, “Just as the Son of man did not come to be served, but to serve, and to give his life as a ransom for many.”

Jesus was a servant

Jesus took time to serve the blind beggars who called out to him that day. He took time to heal them. Despite the large crowds following Jesus and people yelling all around at Him, Jesus stopped to care for the two blind beggars. In a world so loud, we too should stop and care for those in need.

Father, today I remember those in need and Father I pray for them today. Lord, our world around us is so chaotic, that we lose focus. We get lost in all the chaos. Father, help us to extend a hand to those in need today. Help us to follow Christ’s example. In your Son’s name, I pray, Amen.
In His Service
Jeanette Duby, The Teaching Lady
#blindness #religiousleaders #healing #jesus
We all follow someone
Bridge to Grace
Wolf in Sheep’s Clothing