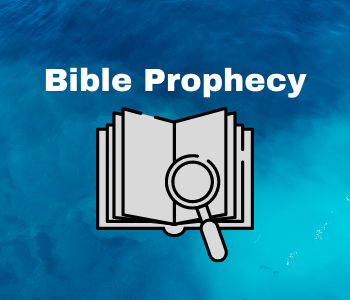 Today, in our lesson on Bible prophecy, we will look at another characteristic of Bible prophecy – that it is not from man’s own interpretation.

“knowing this first of all, that no prophecy of Scripture comes from someone’s own interpretation.

Peter says, know this -no Scripture comes from someone’s own interpretation. No man should independently or privately interpret prophecy. They should enlist the help of the Holy Spirit, other Scripture, and the church.

We run into problems when we try to interpret Scripture without the assistance of the Holy Spirit and other Scripture.

Peter says in verse 19, “We also have the prophetic message as something completely reliable, and you will do well to pay attention to it, as to a light shining in a dark place, until the day dawns and the morning star rises in your hearts.”

Not only did Peter personally walk and serve with Jesus, being an eyewitness to the miracles and teachings, but he also had a reliable prophetical message. Thus, Peter’s message rested on two solid foundations – Jesus and reliable prophecy.

Did Peter’s message originate from falsehoods and human imaginings? No.

No prophecy of Scripture comes from man’s own interpretation of things.

Mid 2020 brought about many presumed prophetic messages from multiple sources, especially on YouTube. One, in particular, was a pastor who had many dreams. He got attention rather quickly over these dreams and, for months, shared those dreams almost daily. According to him, it got to the point where he was receiving thousands of responses to his videos, so much that he couldn’t keep up with them all. He ended up switching channels.

One of the questions I always had was, could any of his dreams be backed up by Scripture? Others asked the same question. I don’t doubt he had dreams, but were they prophetic in nature? Were they inspired by God?

That has happened multiple times.

I guess the point I am trying to make is humanity can misinterpret Bible prophecy very easily. We can look at current events in the U.S. and think this is it; it’s happening. But who is the Bible talking about?

Yesterday, I was listening to a sermon on America and Armageddon. Like so many and myself, the pastor commented that he could not find America in the Bible. He stated three reasons he thought maybe why America is not in the Bible. Interesting but slightly disturbing reasons.

Some say they have a “word” for the congregation and the pastor. Pastors get nervous when someone approaches them with this. ” They say they have a “word from God.” Does it line up with Scripture? Was it inspired by the Holy Spirit or something they dreamed or came up with?

Next time we’re together, we will look at another characteristic of prophecy – relevance. As I mentioned yesterday, we are laying the groundwork for Bible prophecy. So when we start looking at prophecies in the Bible, we will already be comfortable knowing the prophecies in the Bible are from God. They are what God wants us to know.