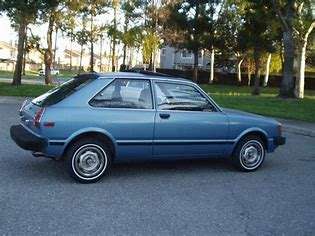 Some years ago, a former American astronaut took over as head of a major airline, determined to make the airlines service the best in the industry.

One day as the new president walked through a particular department, he saw an employee resting his feet on a desk while the telephone on the desk rang incessantly.

“Aren’t you going to answer that phone?” the boss demanded.

“This isn’t my department,” answered the employee nonchalantly, apparently not recognizing his new boss. “I work in maintenance.”

“Not anymore you don’t!” snapped the new president.

Those were the days

I was thinking back to when I was 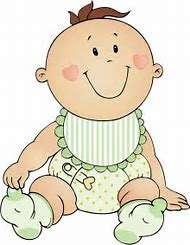 born and the only things I had to worry about were being fed, getting my diaper changed and sleeping. Life was very simple then. We were someone else’s responsibility.

As we grew, we took on minor responsibilities around the house. Perhaps you helped take the garbage out, washed dishes or helped fold laundry. Your main responsibility as a child was to go to school and make good grades.

Teenage years soon came around, and the only thing we could really think of was getting our first car. Now, we really wanted to be responsible, didn’t we? I don’t think we really wanted to be responsible for all the costs that came with having a car, but it sure was nice to think that it could be ours. Having the freedom that came from having our own car was nothing short of spectacular. I remember when I turned 15, my father told me that if I wanted a car, I had to get a job. I knew what I had to do and so I got a job and the rest, as they say, is history -especially my paycheck. (That’s my first car – a blue Toyota Tercel) 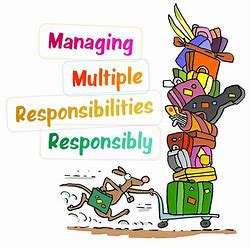 I now had new responsibilities. It was my responsibility to make the car payments every month, pay for the insurance and buy my own gas. While that may seem like a lot to you for a teenager, it was the best thing for me. It sure didn’t hurt my parents either. It taught me a lot – it taught me how to be responsible.

In Deuteronomy, Chapter 6, we read that God instructed Moses to remind the Israelites of their responsibilities as they were about to enter the Promised Land.

You may look at the passages and ask, “Where does God tell them to make sure they feed the animals? Where does he tell them to go and worship?” Today, our list may look totally different, but honestly, it shouldn’t.

We will look at a few of their responsibilities, which honestly, should be ours as well. Until then, if you want to read ahead, look at Deuteronomy, Chapter 6, verses one through nine.

Blessings to you and yours,

Where did the Bible come from?

My new book Bridge to Grace

More about the author

Christmas Day Has Come And Gone – Up Next? Weight Loss

Responsibilities – Part Two – We All Have Them