Two Perspectives About The Birth Of Jesus 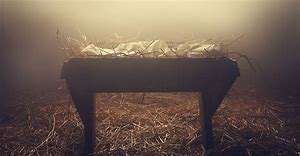 Did you know the writers of the books of Matthew and Luke wrote about the same event from different perspectives? They sure did.

Matthew wrote about the upcoming birth of Jesus from the viewpoint of Joseph and his response to the news.

Luke wrote about it from Mary’s viewpoint and her response to the news.

It’s a good thing we have the story from two perspectives because we get a look inside how each person responded to the news from the angel Gabrielle.

When did this all begin?

The angel Gabrielle appeared to Mary to announce she would conceive and give birth to Jesus. Mary’s response was one of heroism and submission. Mary wasn’t married yet, and there was a penalty for adultery back then which was death. Mary was willing to carry out the will of God regardless of what others thought, regardless of the threat of death.

From Joseph’s standpoint, a Jewish betrothal or engagement period represented a binding contract that lasted at least a year. In those days, the man was already seen as the husband, but the woman continued to live at home, and no physical relationship took place.

Matthew wanted to make it clear that the pregnancy was due to the Holy Spirit.

What did the law say?

Old Testament law required stoning for premarital unchastity, but the Jews did permit divorce for the offense. We read how Joseph did consider divorce at some point, (Matthew 1:19) but after the angel appeared to Joseph in a dream to instruct him to proceed with the marriage, we know how the story goes. His response compares favorably to Mary’s response to the angel Gabrielle.

And the Bible says in Matthew 1:22-23, “All this took place to fulfill what the Lord had said through the prophet: “The virgin will be with child and will give birth to a son, and they will call him Immanuel – which means, “God with us.”

I thank you, God for your glorious plan for our lives by sending your Son Jesus into this world as a baby. In Jesus name, I pray, Amen.


Bridge to Grace now on Amazon.com

Look beyond the exterior