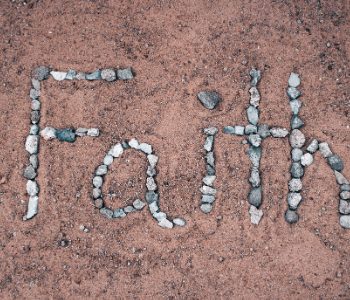 Admittedly whenever I hear that someone has “abandoned the faith,” I am sad for them. I recall my excitement when coming to faith in Christ and striving to grow closer to the Lord each day. When someone leaves the faith, sometimes it is because false teachings have seduced them away.

“Now the Spirit expressly says that in later times some will depart from the faith by devoting themselves to deceitful spirits and teaching of demons, through the insincerity of liars whose consciences are seared, who forbid marriage and require abstinence from foods that God created to be received with thanksgiving by those who believe and know the truth.

For everything created by God is good, and nothing is to be rejected if it is received with thanksgiving, for it is made holy by the word of God and prayer.”

The term “later times” took place during Paul’s lifetime. He is not necessarily speaking of the last days. Many pastors and Bible scholars feel we are living in the last days.

In Paul’s day, false teachers were teaching heretical doctrines. Paul says they devoted themselves to deceitful spirits and teaching of demons. This kind of teaching goes against the Word of God. Those that follow such teachings are being deceived.

Paul also says these false teachers have had their consciences seared. Seared means as if branded with a hot iron. When I think of hot irons, my mind goes to branding cattle. Once you apply the branding iron on the animal, it sears or burns the skin and leaves a mark on the skin that is not easily removed.

The false teachers have seared minds. They are not easily changed. False teachers have become numb to their wrongdoing and misleading of others. Some commentators, however, feel that they have been branded as sinners, as slaves to Satan. Either one is not good.

Paul mentions two of their false teachings – one is marriage, and the other is food.

My biblical commentary says, “This ascetic emphasis crept into the church in the first century and was widely felt in the second century, under the influence of Gnosticism. The Gnostics taught that all matter is evil; only spirit is good. So all physical pleasure is sin. Holiness was identified with asceticism.”

Asceticism means “severe self-discipline and avoidance of all forms of indulgence, typically for religious reasons.”

With regards to marriage, it would seem these false teachers forgot that God ordained marriage. Marriage was a normal thing established by God. The false teachers promoting that celibacy was more holy or religious were promoting Gnosticism.

With regards to certain foods, this goes back to the days of Moses. However, Christ freed us from that law, and we are no longer under any food restrictions. Further, Paul reminds us that everything God created is good, and we should be thankful.

The false teaching of asceticism was spreading through the church in Paul’s day, and he is instructing Timothy to take notice and address accordingly.

We must also be aware of false teaching and false teachers. This kind of teaching did not stop in Paul’s day. We see it in the 21st-century church as well, and like Paul, we should draw attention to it and warn others when we recognize it.

Verse Of The Day – A Trustworthy Saying

Memories Of The Way Eggs Were – Part 2

Verse Of The Day – A Trustworthy Saying

Verse Of The Day – Even Demons Recognize Jesus