We Are Not Alone – The Lord is Near 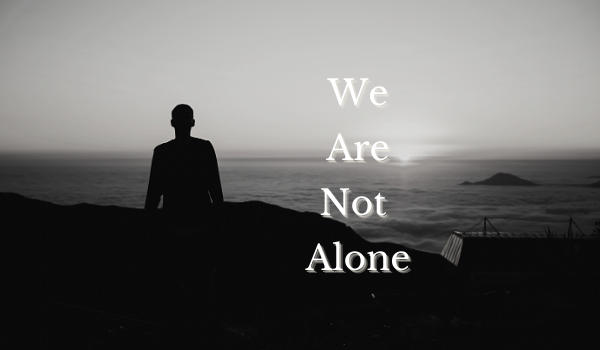 We may be in unchartered territory as a nation, but we are not alone. The Lord is near. God still sits on the throne. The Lord sees everything, and nothing is a surprise. My friends that gives me hope!

Psalm 17:6-7, “I call on you, O God, for you will answer me; give ear to me and hear my prayer. Show the wonder of your great love, you who save by your right hand those who take refuge in you from their foes.”

My hope is in the Lord Jesus, my Savior. I know Jesus is coming back one day for his bride. How joyous that will be. My friends, we are not alone.

There may only be a remnant of people standing for truth today, but I am reminded of the Lord’s powerful works in the days of old, and that encourages me to go on. There’s an old saying that goes something like this, “Past behavior dictates future behavior.” Fortunately for us, we have the Bible as our guide.

Let’s look at some examples from the Bible.

Throughout Scripture in both the Old and New Testaments, we find multiple examples of God in the midst of the struggle, challenge, or heartache faced by those in the thick of it. Let’s take a drive through Bible history and look at a few examples.

God was there in Elijah’s day. (1 Kings 18)  Elijah, who stood alone, was surrounded by hundreds of false prophets. God rained down fire from heaven and burned Elijah’s soaking wet offering proving he is the one true God. All other gods are false.

As a young shepherd boy, David stood before a mighty Philistine named Goliath. (1Samuel 17) With one small stone, David defeated the giant and gave God the praise. David knew he did not do it on his own. He was not alone.

In Judges 6, we read about Gideon. Gideon had lots of questions for the Lord. The Lord told Gideon he would be with him. Gideon started with thousands of men, but the Lord had him reduce the army down to 300. Together they faced the opposing army of thousands.

God was with Jehu as he took out the evil woman Jezebel. (2 Kings 9)

God was with Esther as she faced her people’s killing because of Haman’s deception. The Lord saved her people and judged Haman accordingly. (Esther 7-9)

What about Daniel? God was with Daniel, too, (Daniel 6), who was in the lion’s den because Daniel disobeyed the king’s order and wouldn’t quit praying to the Lord. Daniel lived to see another day.

God was with Daniel’s three friends (Daniel 3), who were thrown into the fiery furnace because they wouldn’t bow down to a false god. Do you remember what Scripture said about them being in the fire? The king said, “Look, I see four men walking around in the fire…” David’s three friends were not alone in the fire.

Oh Lord, what about the big fish that swallowed Jonah? The fishermen threw Jonah overboard, and God sent a big fish to rescue him. After three days in the belly of the fish, the fish vomited him out onto land.  (Jonah 1:17)

God was with Moses as he pleaded with Pharaoh multiple times to let the Israelites go. Oh, but Pharaoh was hard-headed, so God sent ten plagues. Pharaoh finally relented and let the people go. Moses led them through the Red Sea and the wilderness for 40 years. God was with them. (Exodus 8-14)

Joshua was appointed by God to take over for Moses. The Lord instructed him to lead his army around the walls of Jericho. God was with him as he led the people into the Promised Land. Joshua was not alone. (Joshua 5)

God was with Deborah, the judge, as she fought with Barak to defeat the enemy army. (Judges 4)

The major and minor prophets of the Bible all tell of how the Lord God was with the prophets as they prophesied God’s words to the people. (Isaiah to Malachi)

Noah built a big boat! God gave Noah what he needed to build a massive cruise ship size ark for him and his family to live on to escape the worldwide flood. (Genesis 6)

God sent two angels to Lot’s house. They brought Lot and his family out of Sodom before destroying the two cities. (Genesis 19)

Some examples from the New Testament

God was with Paul as he traveled around from city to city, preaching the good news of the gospel. Here’s a guy who used to persecute churches. But his Damascus road experience changed his life forever. (Acts 9)

The Lord was with the disciples as they went from town to town, healing, and preaching. The disciples were not alone. (Matthew 10)

God sent John the Baptist ahead of Jesus to proclaim repentance and baptize people. (Luke 3)

Perhaps the greatest was with Jesus, God’s Son, who came to this earth as a baby born in Bethlehem as prophesied in the Old Testament Scriptures. The Lord was with Jesus as he did his earthly ministry. God was there the day Jesus died on the cross and was buried in the tomb. Three days later, Jesus arose and appeared to hundreds for the next 40 days before ascending into heaven. (Matthew – John)

Why should we have hope?

Because in addition to all the wonderful stories of the Lord’s presence above, we also need to remember that God was there in the beginning. Genesis 1:1, “In the beginning, God created the heavens and the earth.”

The Lord will be there in the end too. Revelation 22:21, “The grace of the Lord Jesus be with God’s people. Amen.”

What about now, Lord?

We are not alone. As I mentioned at the start of this blog, past behavior dictates future behavior. And if that wasn’t enough, the Bible outlines multiple instances of the Lord’s presence in someone’s life. So why should I doubt the Lord would do the same in my life?

As I scan the years in my memory bank, there is no doubt the Lord has been with me through the good times and the bad.

If you think long and hard, you, too, can come up with examples where the Lord has been present in your life. The Lord has helped us face battles, confront fears, defeat strongholds, and stand for truth. We are not alone.

Let’s end with this.

Psalm 18:1-2, “I love you, O Lord, my strength. The Lord is my rock, my fortress, and my deliverer; my God is my rock in whom I take refuge. He is my shield and the horn of my salvation, my stronghold.”

Psalm 18:30-31, “As for God, his way is perfect; the word of the Lord is flawless. He is a shield for all who take refuge in him. For who is God besides the Lord? And who is the Rock except our God?”

Psalm 91:1-4, “He who dwells in the shelter of the Most High will rest in the shadow of the Almighty. I will say of the Lord, “He is my refuge and my fortress, my God, in whom I trust.” Surely he will save you from the fowler’s snare and from the deadly pestilence. He will cover you with his feathers, and under his wings, you will find refuge:”

Friend, lean into the Lord and stay there. You are not alone!

Watching-Waiting-Getting Ready for the Lord’s Return

Doing Good Things on the Sabbath