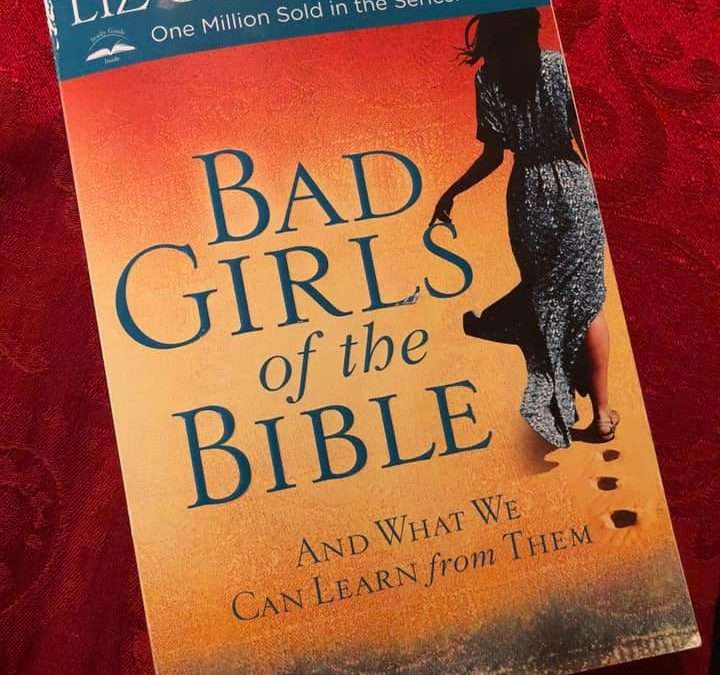 Genesis 19:1-5, “The two angels arrived at Sodom in the evening, and Lot was sitting in the gateway of the city. When he saw them, he got up to meet them and bowed down with his face to the ground. 2 “My lords,” he said, “please turn aside to your servant’s house. You can wash your feet and spend the night and then go on your way early in the morning.”
“No,” they answered, “we will spend the night in the square.” 3 But he insisted so strongly that they did go with him and entered his house. He prepared a meal for them, baking bread without yeast, and they ate. 4 Before they had gone to bed, all the men from every part of the city of Sodom—both young and old—surrounded the house. 5 They called to Lot, “Where are the men who came to you tonight? Bring them out to us so that we can have sex with them.”

Homosexuality was open and frequent among the men of Sodom. There’s no polite way around this one.

It would seem Brother Lot had a problem on his hands.

Let’s keep reading – “6 Lot went outside to meet them and shut the door behind him 7 and said, “No, my friends. Don’t do this wicked thing. 8 Look, I have two daughters who have never slept with a man. Let me bring them out to you, and you can do what you like with them. But don’t do anything to these men, for they have come under the protection of my roof.”

You have two daughters you are willing to offer in their place? To do with what they like? I think we know what they want.

Weren’t they under Lot’s protection?

Granted, we try and be hospitable as best we can, but that’s a little over the top.

What does she think about her husband’s offer?

Surely, she knows these men are outside, and she loves her two daughters. Does she realize her husband Lot just offered them up as a living sacrifice to a bunch of strangers?

Genesis 19:9, “Get out of our way,” they replied. “This fellow came here as a foreigner, and now he wants to play the judge! We’ll treat you worse than them.” They kept bringing pressure on Lot and moved forward to break down the door.”

Lot was an outsider, and they didn’t feel he had a right to tell them what to do. He feared for his life now.

“But the men inside reached out and pulled Lot back into the house and shut the door. Genesis 19:10

The mob crowd could have pushed the door in and abused Lot, his wife, and the two daughters.

What about the two guys the mob was after?

They were angels. How do we know? Let’s keep reading.

Genesis 19:11, “Then they struck the men who were at the door of the house, young and old, with blindness so that they could not find the door.”

Yep, angels, for they blinded the men standing there. But that’s not the end of our story and still no word from Lot’s wife.

Genesis 19:12, “The two men said to Lot, “Do you have anyone else here—sons-in-law, sons or daughters, or anyone else in the city who belongs to you? Get them out of here, 13 because we are going to destroy this place. The outcry to the Lord against its people is so great that he has sent us to destroy it.”

The last time the Lord destroyed the land, it was with water – the flood.

Lot didn’t question what they said, but went out to his two sons-in-law and spoke to them. One has to ask where they were when he was offering up their brides to the town men.

Genesis 19:14, “So Lot went out and spoke to his sons-in-law, who were pledged to marry his daughters. He said, “Hurry and get out of this place because the LORD is about to destroy the city!” But his sons-in-law thought he was joking.”

It looks like Lot might have lost credibility with them, or they didn’t care. Our author says, “Lot had allowed his daughters to be betrothed to men of Sodom – to be unequally yoked, the righteous to the unrighteous. Lot may not have been born in Sodom, but he was as close to being a Sodomite as you can get without a birth certificate.”

Hey, did you hear what Lot’s wife said? No? Still no word from her. Don’t give up yet.

The son-in-law’s fail to take his advice.

At this point, Lot and his family are urged to leave immediately. We finally see Lot’s wife mentioned, but we still don’t have any words from her. One would think she would have input into what is happening.

Was she asking questions?

Maybe she was too busy packing her bags?

Was she telling her daughters to obey their dad and get their stuff together?

We don’t know. The Bible is silent.

Genesis 19:16, “When he hesitated, the men grasped his hand and the hands of his wife and of his two daughters and led them safely out of the city, for the LORD was merciful to them.”

Well, we now know they are being escorted out of the city – hubby, wife, and the two daughters. No son-in-law’s, or others appear to be with them.

Let’s take a brief look back in Chapter 18

In verse 26, the Lord responds and says, “If I find 50 righteous people in the city of Sodom, I will spare the whole place for their sake.”

Skip down to verse 32, “Then he said, “May the Lord not be angry, but let me speak just once more. What if only 10 can be found there?”

From our reading in Chapter 19, the two angels only found four people.

Abraham was Lot’s uncle. He knew Lot lived near Sodom. We know that, too, from our reading of Chapter 13.

Let’s continue our story because, after all, isn’t this lesson about Lot’s wife? She’s our bad girl in this story. So far, we haven’t heard from her. Let’s see if that changes.

Genesis 19:17, “As soon as they had brought them out, one of them said, “Flee for your lives! Don’t look back, and don’t stop anywhere in the plain!”

Skip down to verse 24-25, “Then the Lord rained down burning sulfur on Sodom and Gomorrah – from the Lord out of the heavens. Thus he overthrew those cities and the entire plain, destroying all those living in the cities – and also the vegetation in the land.”

Mrs. Lot, where are you?

My footnote says, “Her disobedient hesitation became proverbial in later generations. What do we mean? Let’s look at Luke 17:32, “Remember Lot’s wife!”

Here Jesus is speaking to his disciples in the context of the coming kingdom of God.

He had just told them that on the day the Son of Man is revealed, no one should go back to their home, go inside, nor leave the fields to go home and get stuff. No, they should leave immediately. Why? Remember what happened to Lot’s wife?

When our bad girl turned around to look back, Lot’s wife turned into a pillar of salt.

Jesus goes onto say in Luke 17:33, “Whoever tries to keep his life will lose it, and whoever loses their life will preserve it.”

Why did Lot’s wife look back? Her action has stumped scholars for years. But whatever the reason, she has earned a place in both the Old and New Testaments. And it’s what killed her too.

As with Eve, she was disobedient. She chose her fate when she disobeyed the command. That puts her on the list of bad girls.

Can we relate in any way?

How many times in my young adult life did God take me by the hand and lead me away from my destructive lifestyle, urging me not to look back but to press onto something better? I wasn’t looking to follow God or allow Him to lead me because I thought I knew best. I would consider myself one of the bad girls. Why? Because I didn’t listen and I didn’t want to.

I quickly found out I was wrong, and God was right. It’s too bad. I wasted years learning that lesson. I missed out on many blessings because of my stubbornness.

I should have got what Lot’s wife got. I deserved to die for my sins.

But because God loves me so much, He pulled me out of the muck and put my feet on dry ground. He turned me into salt, to useful, to bring Him glory. God wants me to point others to him, and he wants the same for you. I am no longer one of the bad girls.

Jesus used Lot’s wife as a teaching tool – a history lesson – an essential reminder for you and me. The Lord’s message both then and now is the same one the angels delivered: “Don’t stop. Don’t look back. Take my hand and walk with me to safety.”

The author of our featured book, “Bad Girls of the Bible” gives us four takeaways/lessons to consider.

1) Actions speak louder than words. The Lord can handle our questions, our doubts, and our fears. What grieves his heart is our poor choices. 1 Samuel 2:3, “The Lord is a God who knows, and by him deeds are weighed.”

2) When God says walk, walk! The angels gave clear commands. So does God’s written Word. Yet Lot and his family hesitated. The Lord knows what’s best for us, so why do we hesitate to listen to him? Stop hesitating and start listening and doing. Psalm 119:101, “I have kept my feet from every evil path so that I might obey your word.”

3) The escape route is clear: Jesus Christ. The Lord uses Lot’s story to make a point. When Jesus returns, we are to be ready to follow Him without hesitation, forsaking everything. Salvation is offered freely but at a price: Our old lives in exchange for new lives in Christ. Hebrews 2:3, “How shall we escape if we ignore such a great salvation?

4) Stuff is temporary. Life in Christ is eternal. We all like stuff, I admit it, and I like stuff. I love tools. And over the years, I have collected some tools. What are you holding onto that you feel you couldn’t let go when the Lord calls? When all else goes away, faith, hope, and love stay. Matthew 16:26, “What good will it be for a man if he gains the whole world, yet forfeits his soul?”

Bad Girls of the Bible; Eve

Balance: The Myth of Having it All; Part 1

God Can Change You If You Let Him

How Do You Climb a Mountain?