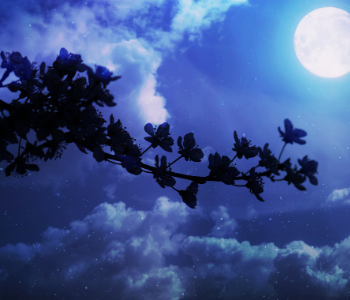 When I was about seven years old, we lived in Carol City, Florida, in the Miami area. When I was a kid, Ronald McDonald and all his buddies from McDonald’s were very popular on television.  Along with the purple character, which I think was named Grimace, there was another character named Hamburglar. He wore a mask like Zorro, a black hat with a cape, and he liked the McDonalds hamburgers.

One night in the wee morning hours, about 5:30 or so, I was awakened by a noise at my window. When I looked out the window into the night, to my surprise, I saw someone who looked like the Hamburglar standing just below my window peering up toward me.

To this day, I can still see him standing there. Of course, I was terrified. At seven, as excited as you are about seeing them in McDonald’s or on television, the excitement is fleeting when you see the actual character below your bedroom window.

Of course, my family didn’t believe me because why on earth would the Hamburglar from McDonald’s choose my house and my window to show himself?

I can’t answer that question. I know what I know. I saw him; I promise I did. And of course, the Hamburglar didn’t speak, and he didn’t bring me any hamburgers either.

Who do we know today that people say they believe in while others can’t bring themselves to believe he exists? That’s right – Jesus Christ.

I promise you that things have happened in my life where I know of no other explanation but the Lord, yet some people will not believe me when I tell them. It reminds me of that Bible verse where Jesus asks Peter who people say he is. Its found in Matthew 16:13-17.

” When Jesus came to the area of Caesarea Philippi, he asked his disciples, “Who do people say that the Son of Man is?” They answered, “Some say John the Baptist, others Elijah, and others Jeremiah or one of the prophets.” He said to them, “But who do you say that I am?” Simon Peter answered, “You are the Christ, the Son of the living God.”

Peter answered the question and confessed Jesus as the promised and long-awaited Messiah.

Here’s a question for you. Who do you say Jesus is? Is he your Lord and Messiah? Do you believe in him even though you can’t see him?

Father, today if anyone is reading this who isn’t sure what to think about Jesus, please help them gain some clarity, and should they have questions, please give them the courage to ask those questions. Lord, thanks for the memories and thanks for your Son, Jesus. In his name, I pray, Amen.

I Saw The Hamburglar! – Part 2