Prophecies of the Messiah – Heir To The Throne 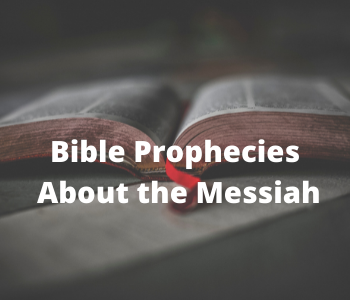 Heir to the throne he will be. The Messiah will rule and reign forevermore.

Today’s prophetic Scripture looks at the kingdom of God to come through His son.

Isaiah 9:6-7, ”For to us a child is born, to us a son is given; and the government shall be upon his shoulder,
and his name shall be called  Wonderful Counselor, Mighty God, Everlasting Father, Prince of Peace.

Of the increase of his government and of peace there will be no end, on the throne of David and over his kingdom, to establish it and to uphold it with justice and with righteousness from this time forth and forever more. The zeal of the Lord of hosts will do this.“

Luke 1:32, 33, ” he will be great and will be called the Son of the Most High. And the Lord God will give to him the throne of his father David, and he will reign over the house of Jacob forever, and of his kingdom, there will be no end.“

“A royal son is given, a son of David. Despite the sins of kings like Ahaz, Christ will be a descendant of David, who will rule in righteousness forever. God is a jealous lover who will not abandon his people.”

Luke tells us the baby born of a virgin will be called the Son of the Most High. He will be given the throne of his father, David.

The title ‘Most High’ is a title frequently used of God in both the Old Testament and the New Testament.

The throne was promised to the Messiah, a descendant of David. Jesus Christ is the heir to the throne. He is the fulfillment of the promise.

Prophecies Of The Messiah – Time For His Birth