The Vineyard: A Lesson On Rejection 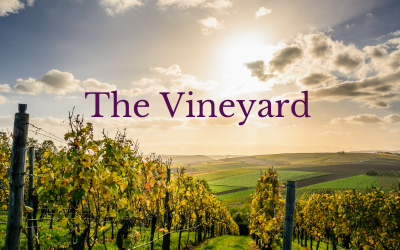 9 He went on to tell the people this parable: “A man planted a vineyard, rented it to some farmers and went away for a long time. 10 At harvest time he sent a servant to the tenants so they would give him some of the fruit of the vineyard. But the tenants beat him and sent him away empty-handed. 11 He sent another servant, but that one also they beat and treated shamefully and sent away empty-handed. 12 He sent still a third, and they wounded him and threw him out.

13 “Then the owner of the vineyard said, ‘What shall I do? I will send my son, whom I love; perhaps they will respect him.’

14 “But when the tenants saw him, they talked the matter over. ‘This is the heir,’ they said. ‘Let’s kill him, and the inheritance will be ours.’ 15 So they threw him out of the vineyard and killed him.

“What then will the owner of the vineyard do to them? 16 He will come and kill those tenants and give the vineyard to others.”

Players are as follows:

What does the parable mean?

We see a couple of things here.

2. It alludes to Jesus’ death and his subsequent vindication.

All throughout the Old Testament, the coming of the Messiah is prophesied over hundreds of years. God communicated through prophets to deliver his messages to the people; guys like Isaiah, Nehemiah, Jeremiah, Daniel, Ezekiel, and others.

There were 17 prophets from Old Testament times who have books of the Bible named after them. Five of them are considered major prophets and 12 minor prophets.

These prophets were also rejected by religious leaders.

A guy named Keith Mathison writes, “One of the most significant elements found in the prophetic message of salvation is the establishment of God’s kingdom through a descendant of David, a Messiah.xxv The roots of the messianic idea are found in several texts in the Pentateuch (Gen. 17:6, 16; 35:11; 49:10; Num. 24:17; Deut. 17:14–20).xxvi The primary foundation of this concept, however, rests in the covenant God made with David (2 Sam. 7). According to the prophets, the coming Messiah will establish God’s kingdom, transforming creation and bringing blessing to all the nations, thereby fulfilling the purpose of God’s covenant with Abraham (cf. Gen. 12:3; Ps. 72:17).”

This descendant of David, the Messiah is Jesus Christ. While Scriptures throughout the Old Testament point to the coming Messiah, who is Jesus, the religious leaders, elders, and teachers of the law were still looking for the one prophesied about. They failed to recognize and even accept he was standing right in front of them. Despite the miracles they witnessed firsthand, they still rejected him as the Messiah prophesied about hundreds of years earlier.

They were afraid of what the people would think of them.

Many people today are walking around still waiting for the Messiah to appear. What they fail to recognize is the Messiah already came, was crucified on the cross, and was buried. On the third day, he rose again. One day the Messiah will return a second time.

Others do not believe in God, so they don’t believe in the Messiah either. He’s a fictional character at best.

Those who reject Jesus Christ the Messiah will be doomed.

In 6-5 BC, Jesus was born in Bethlehem. He started his earthly ministry at the age of 30 and at 33, he was crucified on the cross.

The parable above says the man sent his son and they killed him. Jewish law back then said if the heir to the property died, it could be taken over by others.

Religious leaders, elders, and teachers of the law were jealous of Jesus and accused him of blasphemy. They conspired false testimony against Jesus and sent him to the cross.

John 3:16, “For God so loved the world, that he gave his one and only son, that whosoever believes in him, should not perish but have eternal life.”

God didn’t send his Son into the world to condemn the world but to save it through him. God sent his Son for you and me.

Will we be like the tenant farmers and reject the one the man sent? Or will we welcome him with open arms?

Will we be more worried about what people think of us than what God thinks about us?

Are we out to please man or God?