Verse Of The Day – No Truth In Him 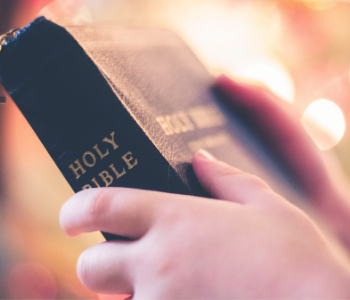 I was talking with a friend of mine about children who grow into young adults. As parents, we spend the first 18 years doing everything we can to protect, feed, clothe, sacrifice, love our children, and tell them the truth. And as children, most of the time, they freely accept what we say and do for them.

But something seems to happen when those same children become adults. The switch flips, and suddenly the authority they listened to and accepted the first 18 years had lost its luster. Many turn to others who have done nothing for them or ever loved them. They follow a stranger and prefer their truth over those who sacrificially loved them for the first 18 years of their life.

“Why do you not understand what I say? It is because you cannot bear to hear my word. You are of your father the devil, and your will is to do your father’s desires. He was a murderer from the beginning and does not stand in the truth, because there is no truth in him. When he lies, he speaks out of his own character, for he is a liar and the father of lies. But because I tell the truth, you do not believe me.”

Hear me when I say I am not calling all strangers liars, though we know there are strangers in this world longing to deceive and even hurt others with their lies and actions. We know people who have no truth in them.

Jesus was telling the Jews the truth, and yet they wouldn’t believe him.

Why is it when children grow up, the truth sounds more truthful coming from a stranger than their own parent?

My notes say, “truth is an abstract that is difficult for people to know and appreciate.”

The Jews didn’t know what truth was because they lived in a world of lies, distortion, and falseness. It was as if the truth was a foreign language to them.

The world is full of untruths, and we must determine what is true and what is false. Want an easy way to do that? Run everything through the “Jesus” filter. What did Jesus say about that? What does the Bible say about hi or that? Run it through the filter, and you will have an easier time deciphering the truth from a lie.

Do not be decided by the father of lies in this world. Stand firm and stand on the truth of the Lord found in the Word of God – the Bible.

When Your Child Lies

Verse Of The Day – The Heart Is a Treasury

Verse Of The Day – Bread Of Life