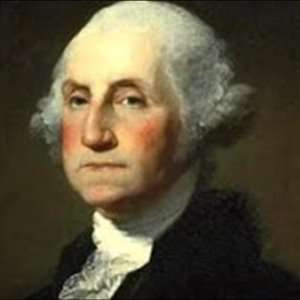 Matthew 28: 1″Early on Sunday morning,[a] as the new day was dawning, Mary Magdalene and the other Mary went out to visit the tomb. Suddenly there was a great earthquake! For an angel of the Lord came down from heaven, rolled aside the stone, and sat on it. 3. His face shone like lightning, and his clothing was as white as snow. 4 The guards shook with fear when they saw him, and they fell into a dead faint.

5 Then the angel spoke to the women. “Don’t be afraid!” he said. “I know you are looking for Jesus, who was crucified. 6 He isn’t here! He is risen from the dead, just as he said would happen. Come, see where his body was lying…

8 The women ran quickly from the tomb. They were very frightened but also filled with great joy, and they rushed to give the disciples the angel’s message. 9 And as they went, Jesus met them and greeted them. And they ran to him, grasped his feet, and worshiped him. 10 Then Jesus said to them, “Don’t be afraid! Go tell my brothers to leave for Galilee, and they will see me there.”

The Report of the Guard

11 As the women were on their way, some of the guards went into the city and told the leading priests what had happened. 12 A meeting with the elders was called, and they decided to give the soldiers a large bribe. 13 They told the soldiers, “You must say, ‘Jesus’ disciples came during the night while we were sleeping, and they stole his body.’ 14 If the governor hears about it, we’ll stand up for you so you won’t get in trouble.” 15 So the guards accepted the bribe and said what they were told to say. Their story spread widely among the Jews, and they still tell it today.

Several things stand out in the above passage:

Believers say he rose from the dead. Many saw him and spoke to him.

However, nonbelievers say his disciples went inside the tomb and carried him away. They spread false stories about what really happened.

To this day Jesus’ body nor his bones have ever been found.

This story reminds me of what is going on in America these days. It’s getting so bad; we can hardly believe a person legitimately smiles or has a good day anymore because that might be fake too. Moreover, false stories are being spread around in the media every day, and many people believe them. It’s so easy to get discouraged and crumble under the weight of all the negativity.

So many people are headed for the wide gate. As Americans, we need to take a step back, get a grip and take a good hard look at who we are becoming and promoting. What I am seeing is becoming increasingly uncomfortable and unrecognizable.  Where is America the Beautiful? I think I saw Lady Liberty with her thumb out trying to hitch a ride out of here.

Who wants to watch tv?

To watch the news on TV anymore is to want to poke yourself in the eyes with a sharp stick. Furthermore, so much of it is negative, backstabbing, cutthroat and hateful. It’s a “hurry up and get that negative news out there by dinner” so everyone can choke on their burgers.

Where are all the feel-good, honest, loving stories of hard-working people, families, cute little kids, and love? Where are the baseballs, hotdogs, and apple pie? What about stories that lift our children and encourage them to make the right decisions to cultivate good morals? Can we get more examples similar to the ones we had as children that encouraged us to work hard, love hard and play hard?

As a Christian, I look for Jesus to return any day.

However, while I wait, I look around and see the enemy’s time must be getting shorter. Everything going on today would indicate to me the stove eye has been turned on high. The enemy has pulled out all the stops in this country and around the globe. His time is getting shorter as each day passes.

But praise be to God for this truth:

1 Chronicles 29:11, “Yours, O Lord, is the greatness and the power and the glory and the victory and the majesty, for all that is in the heavens and in the earth is yours. Yours is the kingdom, O Lord, and you are exalted as head above all.”

Jesus has won the victory! He is who I put my hope in – not fake, false, negative news. Remember this my friend – the Bible says times will get worse. They don’t get better as we get closer to the Lord’s return.

So let us take comfort in these ever-changing times and hold onto hope. Hold onto your relationship with the Lord, for He is the one who saves. He is victorious!! Let us never forget who left the tomb empty. Let us never lose sight of the one who conquered the grave!

Are You Choosing the Narrow Gate?

Pass in the Grass!