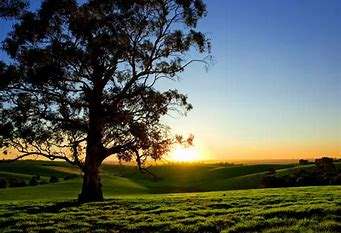 We are surrounded by God’s creation. There is evidence of His creation everywhere. Have you ever stopped long enough to look closely at a caterpillar? What about a beautiful Gerber daisy or the intricate working of roots? Have you smelled the rain?

Evidence of God’s creation is everywhere. As you read this, your eyes move back and forth as your brain comprehends what you are reading. All the while your body is either sitting, lying down or holding a cellphone.

I’m fortunate to have a window in front of my desk at work. It allows me to see the sun shining in the east, and occasionally I’ll get a glimpse of some of God’s creation and the beautiful creatures scurrying or flying by.

For the last couple weeks, I have had a distinct pleasure a little leathery visitor, a lizard. He is small in stature, skinny, and seemingly well built. What is very interesting about him or her is the way he/she moves. Let’s just say it’s a he since most men title their tractors and cars she. He moves with precision and calculated steps.

But here’s what interests me even more.

The lizard climbs up to my window, makes his way in between the screen and the glass and sits there and stares at me, many times for several minutes. The first time the lizard showed himself, I went outside, removed the screen, and he climbed to the nearby bush. A few days later, the lizard reappeared.

I did the same thing, removed the screen, and released him to the nearby bush. Since then, he has come to my window three more times. I gave up trying to remove the screen to free him. I am at the point where he figured out how to get there; surely, he can figure out how to get back.

I don’t know what the deal is with this lizard and why he keeps coming back to my window. Maybe he likes my new hair cut. Perhaps he is checking out the digs in the office. Whatever it is, each time I am reminded of how intricate God’s creation is and how God saw that it was good. I decided to name him Beans.

Father, thank you for the simplicity of a little lizard named Beans, who is very curious about what he sees in the window. I am enjoying watching your creation up close, and might I add BEHIND plate glass. Lord, your creation is fantastic, and I’m blessed. In Jesus’ name, I pray, Amen.

What I Learned About Buried Vegetables