Is God Done With Israel? Part 2 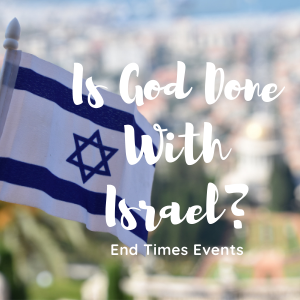 Recall last time we were together, we asked why would some believers substitute the church for Israel? I suggested two reasons:

Let’s take a look at some passages from the New Testament that support God’s original plan for the Jewish people. Is God planning to get rid of Israel and replace them with the church in the end times?

Let’s look at a few.

Matthew 2:6, “‘And you, O Bethlehem, in the land of Judah, are by no means least among the rulers of Judah; for from you shall come a ruler who will shepherd my people Israel.’”

Matthew 24:4-6, 4 And Jesus answered them, “See that no one leads you astray. 5 For many will come in my name, saying, ‘I am the Christ,’ and they will lead many astray. 6 And you will hear of wars and rumors of wars. See that you are not alarmed, for this must take place, but the end is not yet.”

Luke 1:31-33, 31 And behold, you will conceive in your womb and bear a son, and you shall call his name Jesus. 32 He will be great and will be called the Son of the Most High. And the Lord God will give to him the throne of his father David, 33 and he will reign over the house of Jacob forever, and of his kingdom there will be no end.”

Romans 11:1-3, “I ask, then, has God rejected his people? By no means! For I myself am an Israelite, a descendant of Abraham,[a] a member of the tribe of Benjamin. 2 God has not rejected his people whom he foreknew. Do you not know what the Scripture says of Elijah, how he appeals to God against Israel? 3 “Lord, they have killed your prophets, they have demolished your altars, and I alone am left, and they seek my life.”

Romans 3:1-6, “Then what advantage has the Jew? Or what is the value of circumcision? 2 Much in every way. To begin with, the Jews were entrusted with the oracles of God. 3 What if some were unfaithful? Does their faithlessness nullify the faithfulness of God? 4 By no means! Let God be true though every one were a liar, as it is written,

“That you may be justified in your words,
and prevail when you are judged.”

5 But if our unrighteousness serves to show the righteousness of God, what shall we say? That God is unrighteous to inflict wrath on us? (I speak in a human way.) 6 By no means! For then how could God judge the world?”

One of the biggest reasons I don’t believe the church replaces Israel is God’s promises. God is a God of promises, and if he were to replace the Jewish people with the church, he would be going against the promises he made. Replacement theology misrepresents God as one who breaks his promises. As the Apostle Paul exclaimed, by no means!

Scripture has been misrepresented over the years by those who can’t stomach the Jews still being God’s chosen people. We saw that as recently as a couple of months ago. It was very enlightening.

One writer says because of this theology, many Jews have not joined a church.

He also states that this theology is taught in churches, thus the people in the churches do not support Israel or anything the nation-state does. They ignore their existence.

According to Britannica, the most notably and in summary,

2021 saw the most recent conflict between Israel and Hamas, an 11-day war that ended in a cease-fire.

When one looks at a world map, you are hard-pressed to find this tiny nation on the map. The list of Israel’s enemies is nothing to scoff at. These people have seen conflict before, and no doubt will see it again.

And yet, God has sustained them all these years. They are back in the land after hundreds of years. The people are prospering, and the land is producing. Jews from all over the world are making their way back to Israel. As I said before, I don’t believe we have seen the end of the pilgrimage of the Jewish people back to their homeland.

Given all we know about Israel now, is God done with Israel? According to the Bible? No. The Bible is the ultimate source of truth. If God made promises, I believe he will keep them. To say otherwise is going against God’s word, and I’m not sure one wants to do that.

Next, based on everything I have learned about Israel, God is not done with them. Look at everything they have been through, who they are surrounded by, and all who loath them. Yet, they still exist today. Haman couldn’t kill them, and while Hitler put a dent in their population, ultimately, he was defeated.

Israel is a big player in end-time events. I believe they go through the tribulation after the church is raptured. If the church has replaced Israel, then who goes through the tribulation? Who are the 144,000 witnesses? Who is Jesus referring to when he tells them to hide in the mountains of Judea when they see the abomination of desolation? I don’t live near Judea? Do you?

See what I  mean? How can the church replace Israel? It doesn’t make sense when I read Scripture?

I think it’s a treacherous walk to go against the God of the Bible. But ultimately, each has to make their own decision.

Look, there’s more to cover regarding end-times events. I am looking at each one to gain a better understanding of what’s to come. I hope you will join me again for a look at another end-times event. I want to be ready.

If you have not subscribed to my YouTube channel, The Teaching Lady, hop on over to the tube. I have over 100 teaching videos on various Bible studies for your viewing pleasure.

Blessings until next time!

30 Days to Understanding the Bible – Bodies of Water

30 Days to Understanding the Bible – The Church

Weekly Prayer For You The Reader 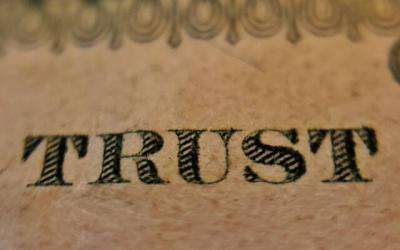 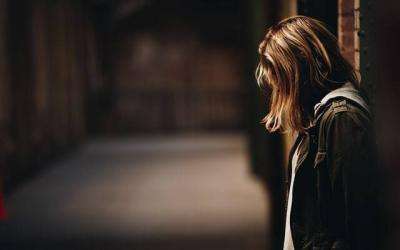 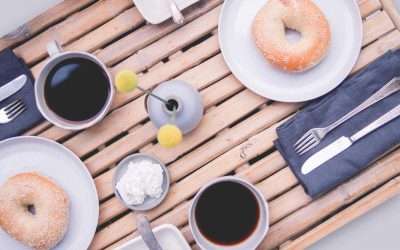