The Camping Escapades 2 – The Boat 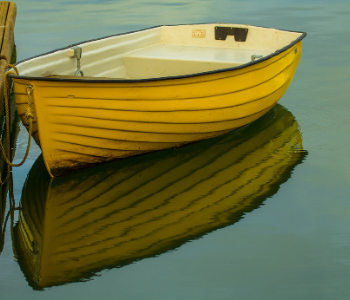 So, yesterday morning I left off with us arriving at the beautiful yet primitive Suwanee State Park, excited about our weekend stay and everything we would experience. I have to share this story with you because I can laugh about it now.

That evening, we decided to go for a little cruise in our 12-foot open fisherman, aka the hunk of junk, wooden boat. It was basically an empty hull, so this boat was anything but glamorous. With no motor and four to six arms available for rowing, we didn’t care as long as we could sail down the river and take in all of God’s beauty. After all, we had to look at it as an experience we would probably never enjoy again. How often do you purposely drive seven hours to float down a dirty river in a piece of junk? Not too often, right?

Anyway, we grabbed a few ice-cold drinks in plastic cups, threw in a seat cushion or two, one oar, and pushed the hunk of junk into the water.  We all hopped in and started on our adventure at sea (I mean river).

We decided this boat was very navigable with one person rowing, so we assigned the rower to the rear while the rest relaxed as if on a luxury liner. Believe me, when I say, the person rowing didn’t have to row with great exertion because this river had a nice flowing current which pretty much glides you along whether you want to or not. It was such a gorgeous afternoon and so peaceful.

I spoke too soon.

About ten minutes into the trip and a good way down from our original embarkation spot, we started taking on water. LAND SAKES, our hunk of junk has a hole in the bottom of her belly – not just one hole, but TWO holes!!

Apparently, someone’s flip flops had covered the holes just right, and when they moved their feet, combined with all our weight, the wood planks had shifted just right, and water started coming in.

What was a wonderful cold drink holder, our red solo cups, now became our bailing devices. And so with great speed, two of us took to the task of bailing water with our 12-ounce cups out of our little dingy while the rower started rowing faster back toward camp.

The only problem is she had to row AGAINST the current! The fourth person sat there panicked, and had convinced herself we would all drown. Let me remind you, the river was a dirty brown.  If you’re going over, you won’t be found.

The water is angry now.

You would have thought the wind and waves were rocking our boat as if we were at sea. The water was coming in faster than we could bail. The rower was rowing as fast as she could row, and the panicked broad, well, she was still panicking and yelling at everyone to do their jobs faster.

I’m thinking, “Uh, hello! I know what my job is, lady! Why did I agree to go camping with you? Someone keep her quiet! She is scaring the alligators! Do something with your hands like scoop out water!!! Do something, but whatever you do, DON’T PANIC!”

She’s panicking, the rower’s rowing, the boat is rocking, the water is flailing, and we’re all screaming!

So much for our luxury liner cruise down “the Suwanee River, far, far away. That’s where my heart is churning ever; that’s where the old folks stay…”

I don’t even know if those are the right words to the song, and at this point, I don’t care. I want to make it back to dry land without having to swim to shore, or worse yet, drowning our hunk of junk forever. Sinking your boat was not on the list of rules Mr. Park Ranger had given us a few short hours before, but I’m sure after we sank ours, it would make the next list! Then he would probably write us a ticket for littering nature with a sinking hull, floating red solo cups, two cushions, and one oar!

My friend saw us baling the water. She saw our other friend rowing as fast as she could, but all she could do was stand there in panic and scream at us. I guess her other option was to jump ship and swim for shore. The problem was the current was too fast for that, and we all knew it.  We would have to ditch our ship somewhere along the shore and figure out how to get back to the campsite in a primitive park we had only laid eyes on for a little over an hour.

That’s what happens to us so often. We get ourselves into situations, and then we panic. We forget to remain calm in those situations. We forget to think clearly and make wise decisions. We operate out of fear, and that can lead to more trouble.

Where is our faith?

It reminded me of the disciples’ story on the boat, and the wind and waves started kicking up, and they started panicking. Jesus was on the same boat, and he was asleep, unphased by the current conditions. Look what it says in Mark, Chapter 4:

“4:37 Now a great windstorm developed and the waves were breaking into the boat, so that the boat was nearly swamped. 4:38 But he was in the stern, sleeping on a cushion. They woke him up and said to him, “Teacher, don’t you care that we are about to die?” 4:39 So he got up and rebuked the wind, and said to the sea, “Be quiet! Calm down!” Then the wind stopped, and it was dead calm. 4:40 And he said to them, “Why are you cowardly? Do you still not have faith?”

Sorry for the length of this one today. Let me close in prayer, and tomorrow, I’ll tell you what happened.

Father, I thank you for watching over my friends and me all those years ago. I’m thankful some of us remained calm during those tense times on the river. Lord, if today we run into an issue that seems overwhelming, may we remember not to panic. In Jesus’ name, I pray, Amen.