The Lord Is Always Watching You: Come Home 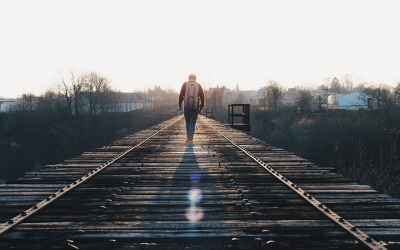 31 years ago, yesterday at 6:10 in the morning, my life did an abrupt 180. Today, I would like to share a story with you in hopes you will be encouraged during these difficult times. You need to know the Lord is always watching, even when we aren’t looking. It’s time for you to come home.

I still remember as if it were yesterday.

My best friend had been out all day and all night with her new boyfriend. They spent the day at the beach, went to dinner, and then went to their favorite country bar for drinks and line dancing. Sometime between 3 and 5 am, while he drove them back to his place, located in a remote part of town, he fell asleep at the wheel of his pickup truck. He hit a concrete post that holds up the Florida turnpike going approximately 55 mph. It is thought they sat there for a while before help arrived. There were no cell phones back in those days.

When help finally arrived, they took them to separate hospitals. A police officer called my house just before dawn, asking if I knew her, and a number for her parents. It was serious.

I drove to the hospital as fast as I could, still shocked by the call. As I stood there in the waiting room a little after 7 am, hoping to see my bestie, the ER doctor came out with a grim look on his face advising that she died from internal injuries. They couldn’t stop the internal bleeding. She left behind a cute little 6yr old boy.

Meanwhile, over at the other hospital, the new boyfriend lay in bed with a broken wrist.

They had both been drinking. It turns out this would be the new boyfriend’s 3rd DUI. Who knew? Add that question to your survey questions when searching out a new bo.

It was the one night I decided to stay home and chill.

Honestly, my life had been headed in the wrong direction for quite some time. Having fun with my friends was the highlight of my life at 22. It’s a time in your life when you become fearless and think you are invincible. After all, it’s time to live it up before becoming a real adult, or so I thought.

This is key – I hadn’t gone to church in many years, so I wasn’t living in a relationship with the Lord. But what I would soon learn is that the Lord is always watching even when I am not looking. I grew up going to church and attended a private school for a few years. I believed Jesus died on the cross for my sin, but I wasn’t living that way.

At 22, I wasn’t looking for God – I was out to do my own thing, my own way, I was out to live. After all, that is what the world tells you to do. If it feels good, do it. Looks good; try it. If everyone else is doing it, it’ must be right. Forget the older and wiser bunch; what do they know? I found out later older adults know a lot more, and they still do.

That day 31 years ago changed my direction, but I wouldn’t recognize the reason for the change until years later.

Ever been angry with God?

Admittedly at the time, I was angry with God for taking my best friend away, and I let him know daily. I didn’t talk to God much, if at all, while we were off having a great time, but now that my best friend was gone, I had some things I wanted to talk to God about. Isn’t that the way sometimes? We act like God doesn’t exist until we get into trouble, then we’re looking for him and expecting him to be waiting for us.

One day in the middle of my afternoon walk,  God reminded me of some significant facts six months after her death. These things never crossed my mind before, and it was there in the middle of the road that I felt like the Lord was setting me straight on a few things, especially my attitude toward him. He knew I was upset with him over her death, and I had spent the last six months telling him as much.

This is what I believe the Holy Spirit was whispering to me:

The reason why I believe it was the Holy Spirit? It’s all true. I was so selfish I never considered for one moment that I was spared from a life of pain, trouble, and possibly death. I was spared jail time, severe injury, maybe even death.

I was so focused on what was taken from me, my best friend, and all our friends (I quit drinking – so no more bar friends) that I never stopped to consider what I had been spared. In the middle of the street, I broke down and cried and asked the Lord to forgive me. I was wrong, and for a long time. It was time for me to come home.

I look back at those days, and I thank my Heavenly Father. I was headed in the opposite direction, away from Him. I am thankful that the Lord is always watching, even when I am not looking.

Do folks need a wake-up call sometimes to realize they are going the wrong way? Sometimes they do. I sure did.

Can you change course and turn your life around before it’s too late? Yes, you can. I am living proof of what the Lord can do in your life if you allow him.

Does it take courage to go against the mainstream? Yes.

Is it worth it? Most definitely!

It is never too late to turn around and head back into the arms of a Heavenly Father who loves you!

It doesn’t matter where you’ve been or what you’ve done. Come home. Come back to the Lord before it’s too late.

Thank you, Lord! I am still here to celebrate today, and every day you give me to live a life dedicated to you! I love you Lord more than words can express. Lord, as each year passes, I thank you for reminding me of whose child I am and what you have accomplished through my life. Thank you, Lord, for your forgiveness and your unending love. In Jesus’ name, I pray, amen.

It Came Full Circle 27 Years After Her Death 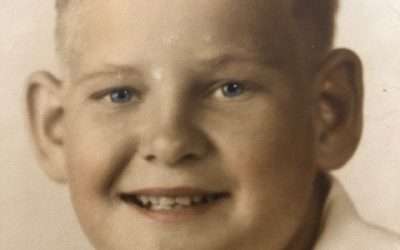 It Was Hard For Dad To Say "I Love You"