True Stories- There Are No Other Explanations 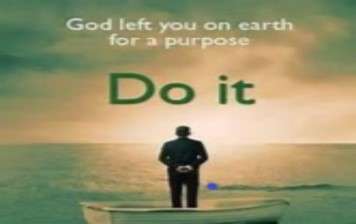 I’ll be honest – I have a big mouth. Ask anyone who knows me personally. Can I get an amen? I thought some of you would agree.

THERE ARE NO OTHER EXPLANATIONS FOR WHAT HAS HAPPENED TO ME, BUT GOD!

Check out these true stories

There’s no other explanation for what happened to me as I was driving down I-95 several years ago. I remember this so well. I found a safe place to pull over. I needed to retrieve the directions for where I was going from the trunk of my car. Back then, I wasn’t very good with apps on my phone. I don’t recall having a smartphone back then.

Anyway, I finally found a safe place to pull over. I waited for the buzzsaw of traffic to pass and then exited my car and made my way around to the trunk. By now, several cars are speeding by sometimes alone, but mostly in groups faster than the speed limit.

I went to open the trunk, and I just happened to look down. On the ground in front of me was a dollar bill. That dollar bill should have blown away long ago from the wind of the speeding cars. But no, it was right there at my feet. It wasn’t something I dropped, but I did pick it up.

I have another incredible story

I was on my way to Bible study. I made my way through the neighborhood and stopped at the stop sign. Traffic was busy, and people were headed home from work. I sat there waiting for a chance to pull out into traffic on the four-lane highway. As I was waiting, I watched a car get t-boned by a minivan. The vehicle then rolled three times and stopped just short of my little car. One more roll and she would have rolled right on top of me as I sat in the driver seat, frozen by what I was witnessing. That woman walked away without a scratch and the people in the minivan were fine too. It was incredible to witness, but scary.

There’s no other explanation for me having an empty bank account and going for a walk and finding five dollars on the ground. When I got back to the office, I found some money in an envelope that someone had left on my desk. I hadn’t said a word to anyone about my empty pockets and past due bills. I was too embarrassed.

There’s no other explanation for what happened when I bought a particular house. That’s a long and GREAT story. I will share the details another day.

There’s no other explanation for how I sold my other house years ago with a bathroom that had a 6′ 2″ high bathroom ceiling. The buyers were the shortest people ever to come to look at my house. Talk about an answer to prayer. And I made $40,000 from the sale and used it all for the down payment of my next house.

There’s no other explanation for why I didn’t go out with my best friend one night over Thanksgiving weekend 32 years ago. That night she died in a drunk driving accident.

There’s no other explanation for outrunning a train on a bridge over the Suwannee River and living to tell you the story. I have written about this on my blog.

There’s no other explanation for the way I’m being used to reach others with the gospel – I am broke and far from perfect, but willing.

There’s no other explanation for how I installed two barn doors I had never seen before, and they came to together precisely as they should after several men said they couldn’t do the job.

Want me to keep going?

There’s no other explanation for how we didn’t get electrocuted from trying to put a fire out on a power line with a water hose when we were cutting down a 150′ tree in my backyard. Or how about the tree that didn’t fall on me when I got the chainsaw stuck in the trunk as we were making the final cut? Crazy, I know.

There’s no other explanation for going to a new church, and three weeks in a row, a different tire on my van was either flat or missing. I still made it to church each time. You can bet I checked the fourth one before I left.

There’s no other explanation for:

There are NO other explanations for the true stories I have shared with you today, but God Almighty, the creator of this earth!

Say there is no god – but after all those things I just shared with you, real life, actual events that have happened to me – I can tell you – THERE IS A GOD, and HE LOVES YOU TOO!

I feel confident in saying He loves me or I wouldn’t have lived through any of those crazy events. Just look at them – some of them are ridiculous, but they are factual. I lived through them to tell His story, and to give Him the glory.

God loves you so much He sent his Son Jesus to die on the cross for your sin and mine.

John 3:16, “For God so loved the world, that he gave his only Son, that whoever believes in him should not perish but have eternal life.”

In case you haven’t noticed

This world is getting scarier by the day. The hatred is intensifying, and it seems like the lies of the enemy are deceiving more and more people. There seems to be no end to the cutthroat, deceptive, dirty lies and schemes.

Admittedly, I am a Jesus freak for a good reason – for lots of good reasons. Refer back to the above true stories for evidence. Look at all the times He either saved me, provided for me or loved me! How could I not follow the Savior of the world?

There are no other explanations for these true stories. It wasn’t my ability or good luck, dumb luck, karma or the sun and moon lining up just right! What other god is making these kinds of things happen in your life?

At this point, what do you have to lose by rejecting Jesus as your Lord and Savior?
Everything – You’ll spend eternity in hell.

What do you have to gain by accepting Jesus as your Lord and Savior? Everything – You’ll spend Eternity in Heaven with the Lord.

Pride comes before a fall

Pride runs rampant in the world today, especially in the United States, at least I think so. I learned a long time ago, just because the masses are going in one direction doesn’t mean that’s the right direction. 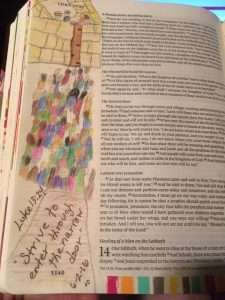 I implore you to consider the above before it’s too late. The time is now – don’t delay!

I have shared these true stories of what happened to me to help you see that the Lord is in everything and is everywhere. Life’s events don’t need to be earth shattering and news worthy for God to move in and around our lives.

In His Service,
The Teaching Lady

When Your Parents Need Assisted Living – #5

When Your Parents Need Assisted Living – #5