Verse Of The Day – Can I Persuade You? 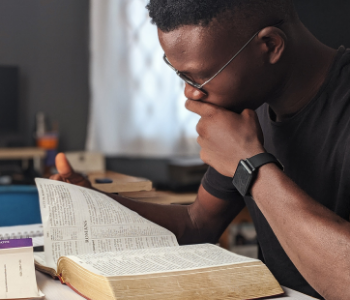 With social media so prevalent, it’s a tool used to persuade people of certain stories and outcomes. Social media is used for more than touching base with friends and family or following your favorite shows and shorts. Social media is also used for advertising. Advertising used to be on television or in your mailbox. Now it’s everywhere on social media. Each advertiser is trying to persuade you to purchase their product or follow their page.

Today, let’s talk about persuasion of a different kind.

“For the king knows about these things, and to him, I speak boldly. For I am persuaded that none of these things has escaped his notice, for this has not been done in a corner. King Agrippa, do you believe the prophets? I know that you believe.” And Agrippa said to Paul, “In a short time would you persuade me to be a Christian?” And Paul said, “Whether short or long, I would to God that not only you but also all who hear me this day might become such as I am – except for these chains.”

I love the Apostle Paul. Here’s a guy who was known for persecuting Christians before his Damascus Road experience. Now here he stands before the king with no shame in his game, imploring the king to believe as he has believed in Jesus Christ. Moreover, Paul was sure Agrippa had heard about the death and resurrection of Jesus.

But his question to Agrippa upset the king. As a result, the king ridiculed Paul for thinking he could persuade him to be a Christian in such a small amount of time. The king would end up placing Paul in the custody of a centurion and put on a ship sailing for Rome.

I don’t know if Agrippa ever believed Jesus was the Messiah.

What I do know is that Christ came, suffered, died, and rose again to proclaim light to both Jews and Gentiles.

Verse Of The Day; What The Kingdom Of God Isn’t

Verse Of The Day – Bread Of Life