Verse Of The Day – Don’t Judge Me 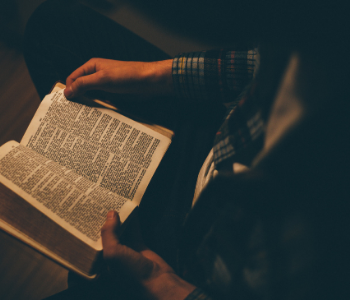 ‘Don’t judge me!’ Have you heard that before? Or what about this one? ‘Don’t pass judgment on me because you’re no better. You think you’re all this and that with your this and that, but you are no better than me!’ Ouch!

As Christians, we tend to judge others who we feel aren’t behaving the way they should. There are times, we have heard those words directly. How did we respond?

“And behold, a woman of the city, who was a sinner, when she learned that he was reclining at the table in the Pharisee’s house, brought an alabaster flask of ointment, and standing behind him at his feet, weeping, she began to wet his feet with her tears and wiped them with the hair of her head and kissed his feet and anointed them with the ointment. Now when the Pharisee who had invited him saw this, he said to himself, “If this man were a prophet, he would have known who and what sort of woman this is who is touching him, for she is a sinner.”

How dare the woman do that to the guest. Notice the Pharisee didn’t say anything aloud. But if you read the rest of the passage, Jesus, whose feet were anointed by the woman, knows exactly what the Pharisee is thinking, and he calls him out on it.  Jesus also forgives the woman’s sins.

How often do we judge someone because of the way they look or by the car they drive? Or judge them by what they do or don’t do?

The Lord knows our thoughts even if we do not speak them aloud.

Let’s be careful we don’t judge based solely on what we see. It reminds me of the old saying, “Don’t judge a book by its cover.” Only the Lord knows what’s in someone’s heart, and that includes mine and yours.

Verse Of The Day: Pray For All Affected By Storms

Verse Of The Day – That’s A Big Piece Of Wood