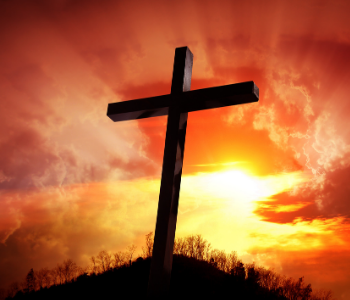 Today, we are going to look at the word “resurrection.” I looked in Strongs Concordance, and the word comes from the Greek word, “anastasis.” It means; a standing up again, a resurrection from death (individual, gen. or by impl. or a (moral) recovery (of spiritual truth): – raised to life again, resurrection, rise from the dead, that should rise, rising again.”

The context of our passage today is the death of Lazarus, Martha and Mary’s brother. Martha went out to greet Jesus, frenzied and grieving. She told him if he had been there, her brother wouldn’t have died. She went on to say that she knew that whatever Jesus asked of God, it would be given him.

“Jesus said to her, “I am the resurrection and the life. Whoever believes in me, though he die, yet shall he live, and everyone who lives and believes in me shall never die. Do you believe this?”

Do you believe this?

It sounds like a simple question, but it’s a deep and life-changing question given the conversation context.

“Everyone who lives” refers to one’s physical life.

Think about this for a moment – only in this life do we have the chance to believe in Christ. That’s pretty remarkable when you think about it.

When we accept Jesus as our Lord and Savior, though we die, we will live with Him for eternity.

Jesus asked Martha this question, and her response was, “Yes, I believe that you are the Christ, the Son of God, who is coming into the world.”

Martha confesses that Jesus is the Christ, the Son of God, the one told of by the prophets long ago. Her firm belief is heard in her response to Jesus’ question.

Eternity is a long time, my friend. The one who believes in Christ has eternal life that transcends physical death. Though the old life passes away, one goes onto a new life.

Father, I thank you for Martha’s faith. She is an example of someone who, while grieving the loss of her brother, still believed Jesus could do anything. Lord, I pray we develop a faith like hers. Thank you, Lord, for each day. In Jesus’ name, I pray, amen.

Verse Of The Day: Hour Of Trial

Verse Of The Day – Sheep And Goats