In my prayer time this morning, I couldn’t help but think about millions of people who have rejected God. My heart is saddened as I think about how far the United States has fallen in the last 50 years, especially since 2000. Worldwide, millions do not believe in the God of the Bible, the creator of Heaven and Earth.

When infanticide makes the news this week as a bill that needs to be defeated in 2022, I no longer have doubts about how far we have gone as a nation in the wrong direction. Killing babies after they are born? Is this really a bill up for a vote? God help us.

Sadly, many will not ask God for help because they do not believe God exists. He is rejected like bad fish.

God is used to rejection. Check out this story from 1 Samuel.

” In his old age, Samuel appointed his sons as judges over Israel. The name of his firstborn son was Joel, and the name of his second son was Abijah. They were judges in Beer Sheba. But his sons did not follow his ways. Instead, they made money dishonestly, accepted bribes, and perverted justice.

So all the elders of Israel gathered together and approached Samuel at Ramah. They said to him, “Look, you are old, and your sons don’t follow your ways. So now appoint over us a king to lead us, just like all the other nations have.”

But this request displeased Samuel, for they said, “Give us a king to lead us.” So Samuel prayed to the Lord.

Just as they have done from the day that I brought them up from Egypt until this very day, they have rejected me and have served other gods. This is what they are also doing to you. So now do as they say. But seriously warn them and make them aware of the policies of the king who will rule over them.”

So Samuel spoke all the words of the Lord to the people who were asking him for a king. He said, “Here are the policies of the king who will rule over you:

He will conscript your sons and put them in his chariot forces and in his cavalry; they will run in front of his chariot.

He will appoint for himself leaders of thousands and leaders of fifties, as well as those who plow his ground, reap his harvest, and make his weapons of war and his chariot equipment.

He will take your daughters to be ointment makers, cooks, and bakers.

He will take your best fields and vineyards and give them to his own servants.

He will demand a tenth of your seed and of the produce of your vineyards and give it to his administrators and his servants.

He will take your male and female servants, as well as your best cattle and your donkeys, and assign them for his own use.

He will demand a tenth of your flocks, and you yourselves will be his servants.

In that day you will cry out because of your king whom you have chosen for yourselves, but the Lord won’t answer you in that day.”

Is there anything we can learn from Samuel and the Israelites?

I believe we can.

Are we seeing the rejection of God today? Yes.

There are a few points I’d like to highlight here from the Scriptures I read that I thought were interesting.

Whom do we serve?

If we serve man, we make a grave mistake. If we choose to cry out for a king to lead us instead of God almighty, we’ve taken a wrong turn down a road that will lead to destruction.

Lord, I am afraid many have made a wrong turn already. Lord, it sure looks that way when I scan the news outlets around the world.  Oh Lord, we are grieving the Holy Spirit with our sinfulness. Lord, good things are being called evil and evil things are being called good. Many are rejecting you Father and my heart grieves for all who are lost. I pray, Lord, many will wake up, recognize their mistake, turn to you, and repent of their sin before it’s too late. You are whom we should seek; not man, not money, not power nor influence. Father forgive us our sins and cleanse us anew. In Jesus’ name, I pray, Amen.

A Prayer For You The Reader

Did He Say Poo Poo? 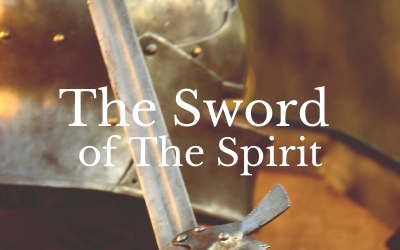 The Armor Of God - The Sword Of The Spirit